Alan Fletcher lived and breathed design. Upon his death in 2006, obituaries appeared in newspapers around the world including The Independent, The Telegraph, The Guardian, The New York Times and The Times. Described as “the most highly regarded graphic designer of his generation, and probably one of the most prolific”, GSM15 takes a look at co-founder of Pentagram and one of the most influential figures in British graphic design, Alan Fletcher…

Born in the 1930s in Kenya, Alan Fletcher rose to prominence in the 1960’s & 70’s. One of his most notable achievements is his co-founding of Fletcher/Forbes/Gill. This company later morphed into leading independent design firm—Pentagram.  Amongst his most enduring work is his world famous brand identity for the Victoria & Albert Museum.

His artistic education began at the Hammersmith School of Art in London. Alan then went on to attend a number of different institutes including The Royal College of Art. It was here that he was awarded a travel scholarship to study at Yale in the US. 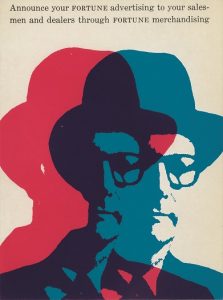 In the US, he won a commission to design a cover for Fortune magazine which, at the time, was a showcase for contemporary design.

This break-through landed him a job at the publisher, Time & Life. After a couple of years in this role he took to the road with his Italian wife, Paola. Working briefly in Los Angeles, Alan then had a stint at the Pirelli design studio in Italy, before returning to London.

Back in the UK, he rented studio space from a friend, Colin Forbes, and busied himself producing work for both Time & Life and Pirelli.

The early 1960s saw an increasing number of hugely influential American designers arrive on the London scene. One of whom was Bob Gill. Alan, Colin and Bob joined forces, renting a studio off Baker Street, and established Fletcher/Forbes/Gill. Their fusion of type and image was unprecedented in Britain at the time. This unique style, along with features in magazines such as Vogue, propelled them into the public limelight. They quickly became the most fashionable design house in town. 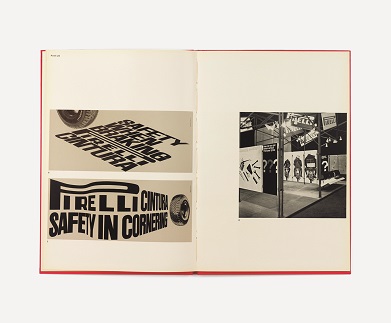 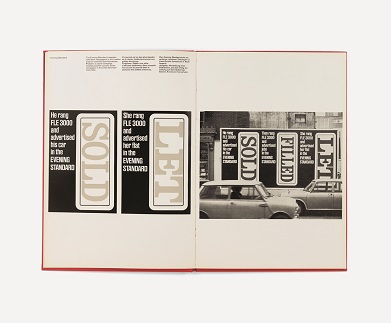 Fletcher/Forbes/Gill Portfolio 1963, showcasing work produced in their first 12 months of business. The work is so avant-garde that even after 56 years, it still looks contemporary.

In 1963, Fletcher and his peers established the Design and Art Directors’ Association (D&AD)—an Anglo equivalent to the New York Art Directors’ Club. The association began exhibiting art and design works in locations such as the Hilton Hotel, London. The exposure this created was a key milestone in raising the profile and subsequent value of design in Britain.

In the mid 60’s, Bob Gill left the team. Architect Theo Crosby came on-board and the name changed to Crosby/Fletcher/Forbes. The increasing range of creative services outside of visual communication signified a shift towards a more multidisciplinary approach. This pattern continued into the early 70’s until, with five partners, it became apparent that the naming  convention was no longer feasible. They required a new name. Alan proposed ‘Pentagram’  to the other partners after reading a book about witchcraft. And Yes, the name does come from the five pointed star. Alan sold the idea to them on the concept that each point of the pentagram represented one of the partners.

Alan spent the next two decades with Pentagram. During this period, the company grew to open offices in the US (New York and San Francisco). Today, Pentagram has 23 partners with offices in London and New York, along with Austin (Texas) and Berlin.

A move away from Corporate Design

By the early 90’s, Alan had become increasingly disillusioned with the ‘business’ of corporate design.  And so, he left Pentagram to establish his own team based from a studio adjoining his home in Notting Hill. This shift allowed him to focus on other projects, including writing a number of books on design and undertaking his own personal work. Much of his commercial work from this period was for publishing firm, Phaidon Press.

Alan continued to create and work until his death in 2006. After which, a retrospective exhibition of his work was launched at the Design Museum in London in late 2006 before moving to the Manchester CUBE gallery. A separate exhibition of fifty poster designs was displayed at the Ginza Graphic Gallery in Tokyo, and later the Pitzhanger Manor Gallery in Ealing, West London.

THE COMMERCIAL BANK OF KUWAIT

In 1980, Alan designed this striking symbol by deriving it from Arabic script, using the words ‘commercial’ and ‘bank’. He reproduced the words in Kufic script and then transformed them into the star. In this manner, it is both a written and visual expression of what it represents. The design run-out also included the stationary, banking and customer documents, annual reports,
publications, a comprehensive signing system and a number of executive gifts. 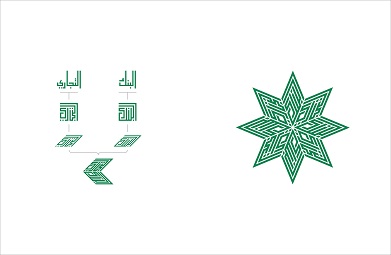 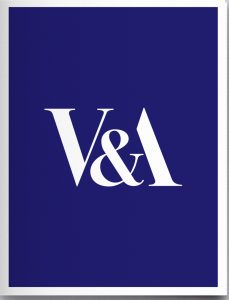 Alan designed this logotype for the Victoria and Albert Museum in 1990. The brief stipulated the design should only comprise of three characters. That it should be functional, dateless, memorable and appropriate. He selected the base font, Bodoni, (designed by Italian typographer, Gianbattista in the 1700s), for both its elegance and historical importance. The logo is still the current mark for this world famous institution.

In 1984, working as part of Pentagram, Alan designed the logotype and accompanying brand run-out for leading insurance firm Lloyds. The brief stipulated that the logotype should be traditional in spirit, yet modern in appearance. It should also include both the colloquial name and official name. Alan adapted the letters from an alphabet originally drawn by the distinguished calligrapher
and engraver, Reynolds Stone.

In conjunction with launching the new brand, the firm also moved into their new central London headquarters at One Lime Street. Designed by Sir Richard Rogers, the Lloyds building represents a significant landmark in British architecture. As part of this process, Lloyds commissioned Pentagram to design signage for the new building.

The signage programme included a solid granite centrepiece marker which was actually a crash barrier required by Council. Alan had the street number, as well as a graphic representation of a compass, etched into the marker. (The compass is a tribute to the history of Lloyds which was founded as a maritime insurer in the 1600’s). He developed the internal signage system to complement the avant-garde architecture of the building by using a stencil alphabet. This was cut out of aluminium panels and enamelled in primary colours. 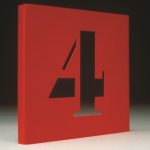 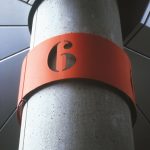 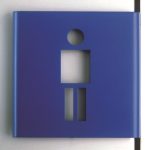 Alan was also involved in producing a limited edition, commemorative book for the opening of the building. 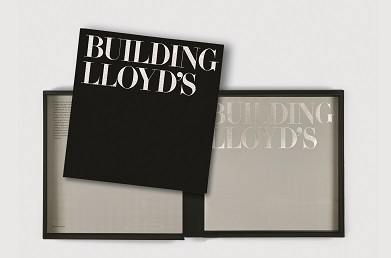 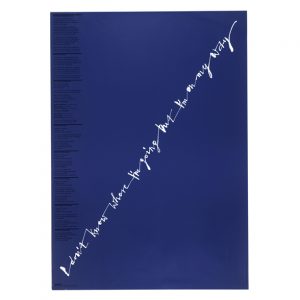 Alan produced numerous poster designs throughout his career, many of which had a strong typographic approach such as the example advertising the 21st Icograda Seminar (The International Council of Graphic Design Associations).

This love of large format print transferred across to prints and drawings such as these two examples; Daydreams’ and ‘Writing is Drawing
is Writing’, part of the collection of his personal work. 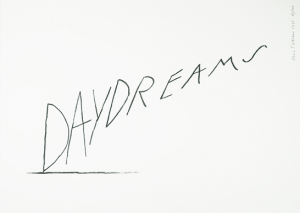 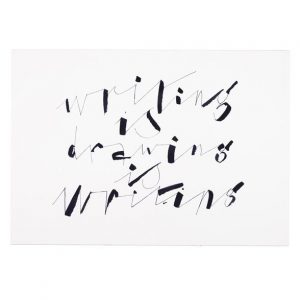 GSM would like to extend our thanks to Raffaella Fletcher for allowing us to showcase the talent of her late father, and also our thanks to Sarah Copplestone, Archivist at the Alan Fletcher Archive.

This article was originally published in GSM15. To read this and other great articles purchase this issue here.