In GSM10 we take a look at the work of American design legend David Carson. Did you know he was once named the most famous Graphic Designer on the planet by Creative Review? He was also one of only two graphic artists named by Apple in their awards ADA. They described him as one of ’30 most influential Macintosh users over the 30 year history of the computer’.

How it all started – Graphic Design

David started in Graphic Design almost by accident. In fact he started out with a BA in Sociology and had never heard of the term ‘graphic designer’. However, in 1980, he signed on for a two-week course on the subject. Once he took those first few steps he was hooked. During the early 80’s, based in San Diego, he spent most of his time working as a High School teacher and moonlighting in design. For the rest of the time David nurtured his other love—professional surfing. It’s no secret that David Carson loves all things surfing. At his peak he was ranked 9th in the world.

Where it all kicked into gear

By the mid-late eighties, David managed to combine his love of surfing and beach culture with his passion for design. He became art director for a number of surf, skate and street lifestyle magazines. David was propelled into the limelight in the early-to-mid-nineties on the back of his work on Ray Gun, an alternative music and lifestyle magazine.

At about the same time,  computer aided graphic design was emerging. David was very much at the forefront of this. In particular, he pioneered where this new technology could take us stylistically. His work polarised opinion within design circles. However, there is no doubt his ‘grunge’ approach was instrumental in redefining our concept of ‘the grid’ in layout. Critics tend to focus on the lack of legibility in some of his work. Take, for example, a layout he designed for Ray Gun in which he displayed the written content entirely in Dingbats. However, supporters would argue strongly that with a lot of David’s work, communicating the feeling is more important than the content itself.

David Carson frequently used the overlaying of typography, texture, imagery and the use of transparency effects. You can see this in issue 17 of Ray Gun magazine from 1994.  It was completely different to anything being produced at the time. The influence of David Carson on contemporary graphic design is pronounced. Today, we can see mainstream work emulating his style all over the world. 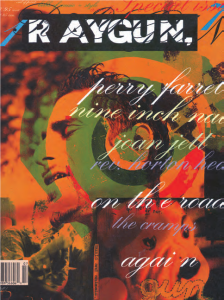 David is also a big fan of screen printing and mixed media. He uses these mediums in both commercial and personal work. He also really, really likes posters. 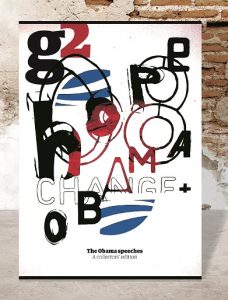 When the Surf is good. It’s good.

David’s work on surfing and street culture magazines brought him international recognition and work. Not only did associated lifestyle brands such as Burton come knocking but also cutting edge market leaders such as Bose, Armani and  Audi. His work also helped usher in a stylistic era of earthy, grungy counter-culture which has since carried over into the mainstream. 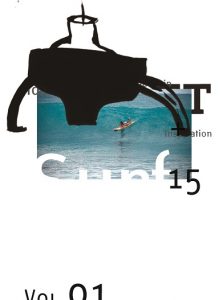 With a passion for catching waves, David has designed his fair-share of surfboards over the years. These examples are working designs for Starboard.

David is currently based in New York where he is still pushing the boundaries of graphic design in-between speaking appointments and surfing in exotic places like Spain, Lithuania, Bangkok and Australia.

This article was originally published in GSM10. To read this and other great articles purchase this issue here.