Here at GSM magazine, we like to research innovative ideas for the use of paper and printing. We call it The Big Idea. In GSM12 we see how a daily newspaper in Sri Lanka used ink to combat Dengue Fever.

According to the World Health Organisation, dengue fever is one of the most rapidly spreading diseases on the planet. This mosquito-borne virus causes a severe flu-like illness. In some cases it can be fatal. In 2014, Sri Lanka experienced an epidemic of the disease. This prompted the government to initiate National Dengue Week.

Printing for the Social Good

Mawbima is one of Sri Lanka’s popular weekly newspapers. Their job was to increase the awareness of dengue fever and its dangers. However, they wanted to do more than just write about it. They wanted to act and make a real difference. They teamed up with advertising agency Leo Burnett and came up with the world’s first mosquito repellent newspaper. 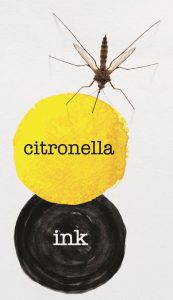 Citronella essence is a natural insect repellent. Mawbima used it to mix into the printing ink. Now every printed letter of every word in the newspaper served a dual purpose—to tell a story—and to stop mosquitoes from biting and spreading the disease.

Mawbima undertook a multi-step campaign throughout National Dengue Week. It began with a  nationwide bus shelter campaign using posters, coated with citronella. This created ‘micro-repellent zones’ so people waiting for a bus wouldn’t get bitten. Mawbima then published a week-long series of articles, in both the newspaper and on social media, educating people on ways to prevent dengue. They also distributed mosquito-prevention patches into local schools. Finally, on the last day of National Dengue Week, Mawbima published the world’s first mosquito repellent newspaper.

Aside from the obvious social benefit, the campaign was a huge commercial success for Mawbima. Sales increased more than 30% and readership increased by 300,000 people. The campaign also earned praise from around the world. Leo Burnett received a Graphite Pencil and White Pencil at the DA&D awards in 2015. A great example of innovative printing but also social responsibility and business coming together to achieve a common good.